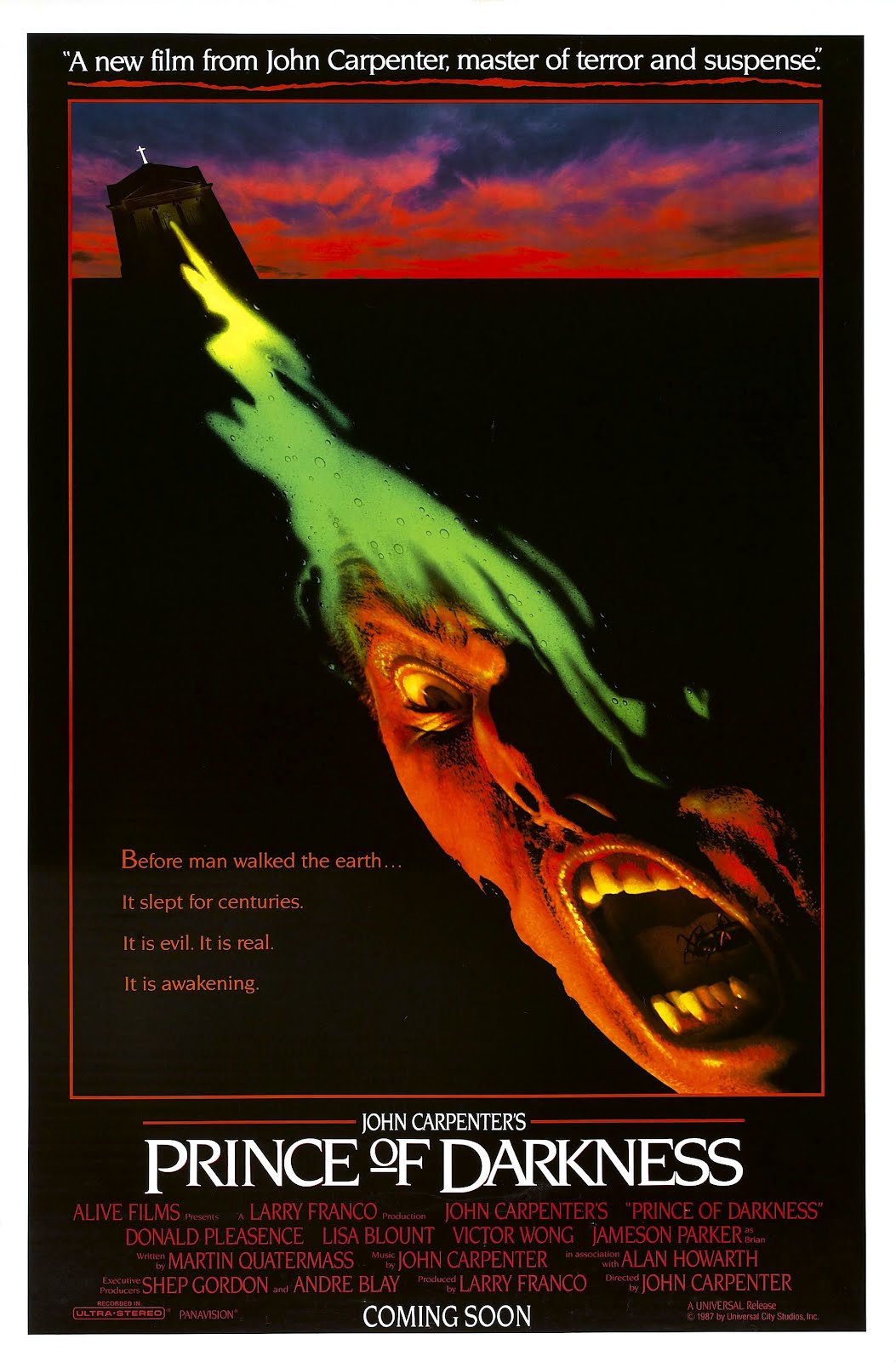 "What makes me goose-pimply about Prince of Darkness is its goofy-but-ingenious central conceit and its truly surrealistic imagery, some of which could have sprouted out of Buñuel and Dali's Un Chien Andalou." Jim Emerson, RogerEbert.com

A group of graduate students and scientists uncover an ancient canister in an abandoned church, but when they open the container, they inadvertently unleash a strange liquid and an evil force on all humanity. As the liquid turns their co-workers into zombies, the remaining members realize they have released the most unspeakable of horrors, Satan himself, thus paving the way for the return of his father - the all-powerful anti-God. Terror mounts as the last two members of the team must fight to save an innocent world from a devilish fury that has festered for over seven million years.