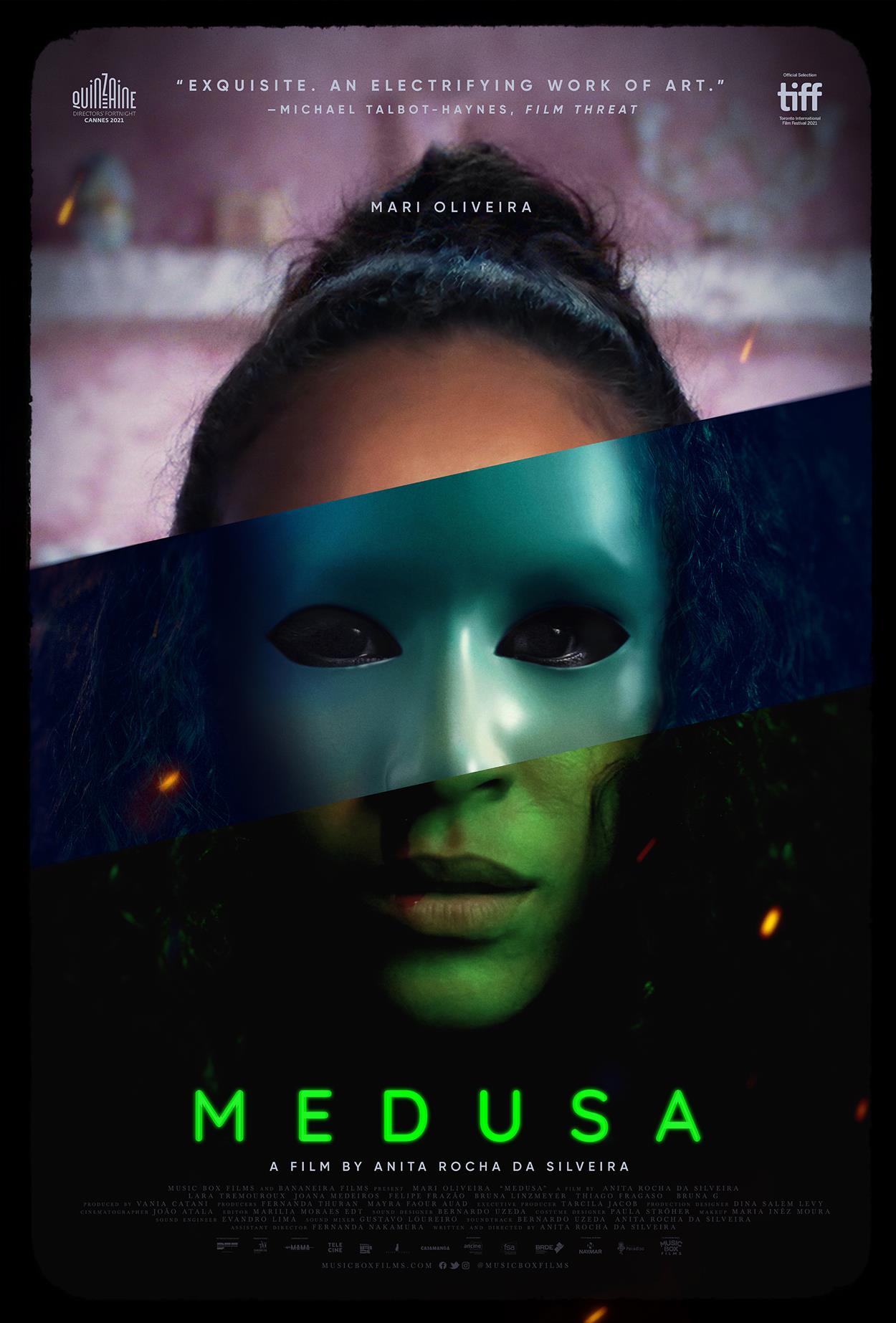 Mari and her friends broadcast their spiritual devotion through pastel pinks and catchy evangelical songs about purity and perfection, but underneath it all they harbor a deep rage. By day they hide behind their manicured facade, and by night they form a masked, vigilante girl gang, prowling the streets in search of sinners who have deviated from the rightful path. After an attack goes wrong, leaving Mari scarred and unemployed, her view of community, religion, and her peers begin to shift. Nightmares of repressed desires and haunting visions of alluring temptation become undeniable and the urge to scream and release her paralyzing inner demons is more powerful than ever before. A neon-tinged genre-bender that gives provocative form to the overwhelming feminine fury coursing through modern life, MEDUSA dares us not to look away.

“Medusa is an electrifying work of art that elevates its already elevated pop influences, a transcendental tableau of the true-life horror of female oppression.” Michael Talbot-Haynes, Film Threat

“There’s plenty to like here: gorgeous cinematography—there’s an unforgettable shot during a power outage at the coma facility, where the generator attempts to flicker the small, rectangular lights along the walls of the main, symmetrical room—propulsive synth beats to go with the choir, and stellar performances that at some point all skew towards parody to really drive home the indoctrination angle before each awakening opens eyes to the truth.” Jared Mobarak, The Film Stage