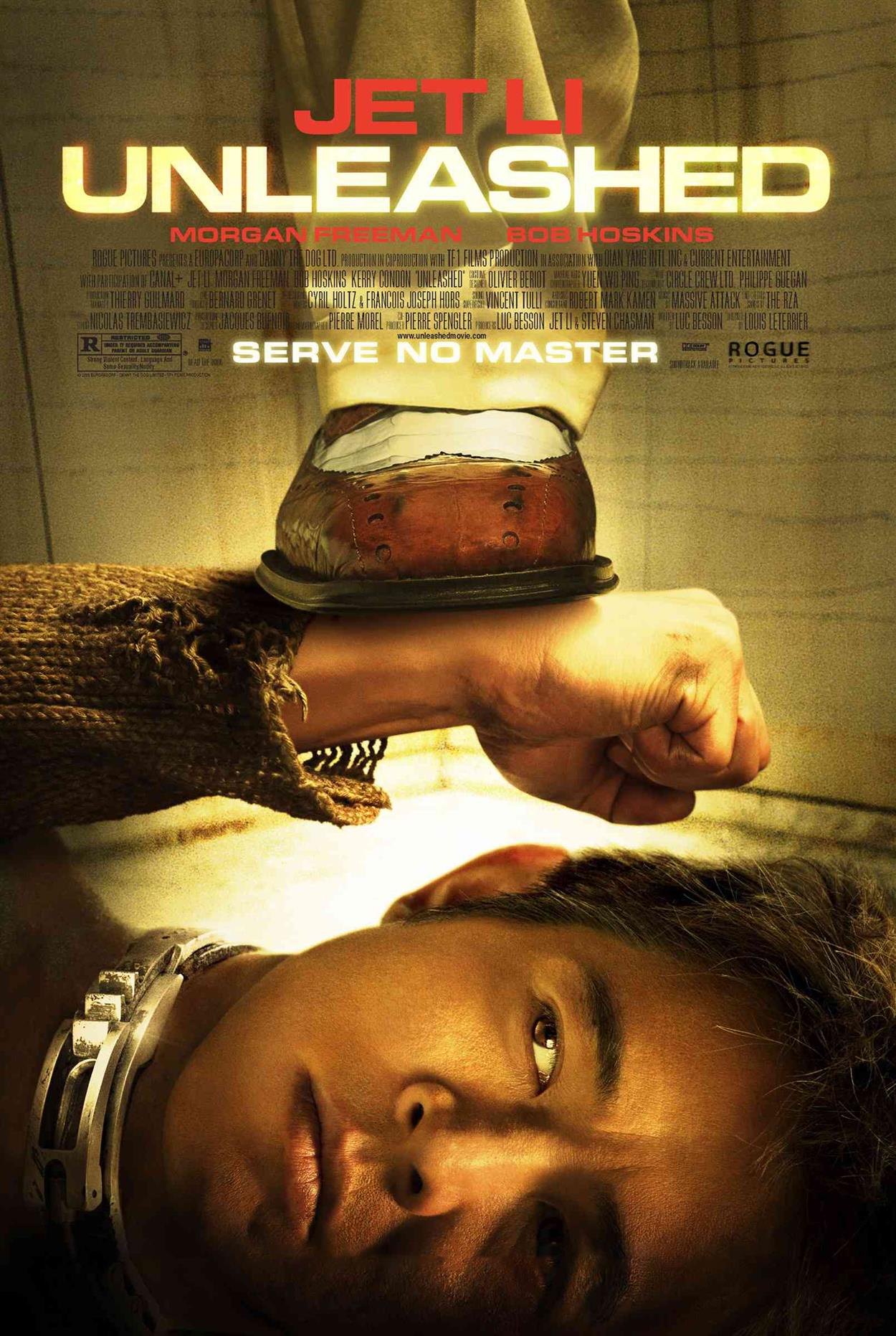 Danny (Jet Li) is raised as a dog by his master Bart (Bob Hoskins), fighting on command in pit fights where his brutality is unmatched. His trigger is a metal collar, conditioned to fight everyone in sight when removed, making Bart and his entourage money for the fights he is unleashed into. When Bart’s crew gets into a car accident, Danny escapes and meets a blind, kindhearted piano tuner (Morgan Freeman) who gives Danny shelter from the cruelty of his master. Meanwhile Bart is looking desperately for his dog, convinced Danny will try to reunite with him based on his unorthodox conditioning. But Danny has done something his master would never allow: he has started to make decisions for himself. How hard will he fight to hold onto his own life he’s just started to regain, and how fiercely will Bart try to take that away from him? Unleashed is an eclectic mix of high octane martial arts from Yuen Woo-Ping, touching human drama, and a soundtrack by Massive Attack. Not to be missed!

“The film is ingenious in its construction. It has all the martial arts action any Jet Li fan could possibly desire, choreographed by Yeun Wo-ping [sic], who is the Gerald Arpino of kung-fu and creates improbable but delightful ballets of chops and socks, leaps and twists and kicks and improvisations.” Roger Ebert

“Unleashed is the kind of martial arts movie we would see if Tom Hanks could execute a flying spin kick.” Peter Hartlaub, San Francisco Chronicle

“Unleashed remains a sterling example of what is possible when several elements come together to work as one. Its directorial confidence and serious-faced take on the absurd means it transcends its genre, and it remains something of a lost classic of the action martial arts genre.” Christopher Holt, 25yearslatersite.com

“This is the only movie that matters” anonymous letterboxd user