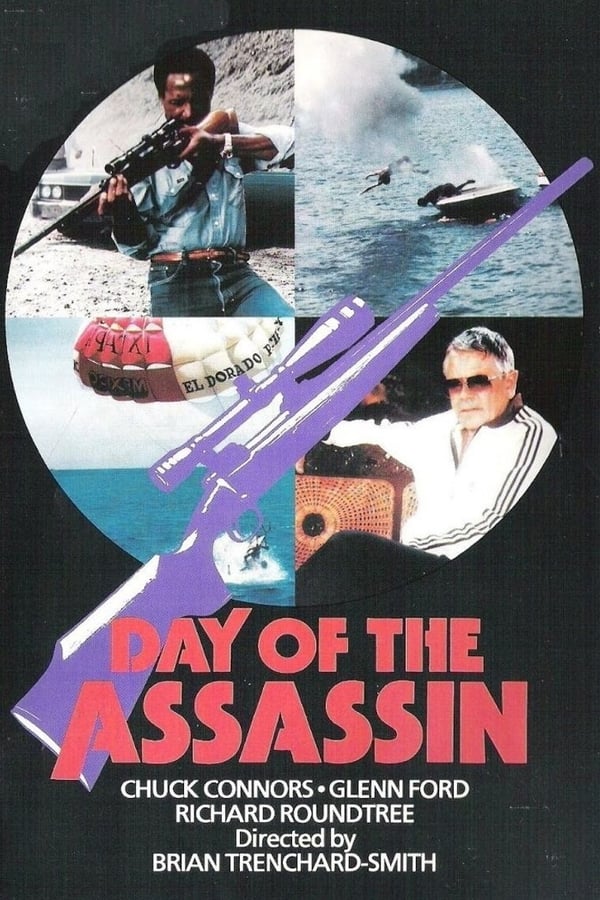 Day of the Assassin

Directed by Brian Trenchard-Smith (STUNT ROCK) and starring Richard Roundtree (SHAFT), Henry Silva (THE MANCHURIAN CANDIDATE), and Chuck Conners (THE RIFLEMAN), DAY OF THE ASSASSIN is a bizarro action blast that feels like OCEAN’S 11 on acid. Treasure hunters from around the world race to Mexico after a Middle Eastern luxury yacht explodes, sending a fortune in gold to the bottom of the ocean. An agent (Chuck Connors) must stop the ruthless fortune hunters before it’s too late!

“A USA-Spain-Mexico co-production… and you know with that many countries cooperating, it’s gotta be amazing.” Outlaw Vern

Ozploitation auteur Brian Trenchard-Smith will be in attendance at this screening! Co-presented with The Beacon, who are showing his films STUNT ROCK and TURKEY SHOOT on 5/13.