The Seattle Film Festival takes pride in supporting and launching Seattle area, national and international filmmakers, actors, writers and producers. We screen films in the historic Grand Illusion Cinema and in our online festival. 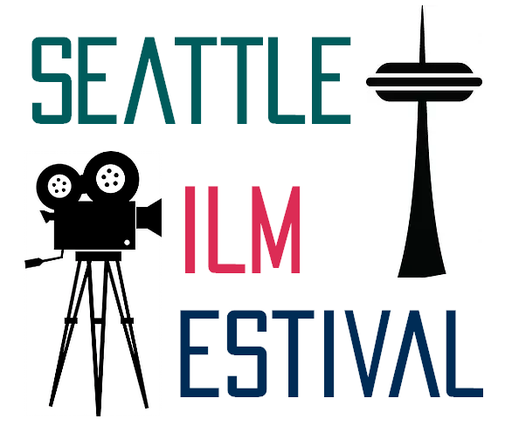 Moving Into Adulthood: Sawyer and Wyatt take on Nike and the world as they move beyond college and into adulthood with Autism.

Estonian Lullaby: A watercolor animation is made for Arvo Pärt's world premiere recording of "Estonian Lullaby for Violin and Piano". Arvo Pärt is one of the most celebrated and performed composers today.

Profiles in: Art: Presented as a found educational film from the 1970s, "Profiles In: Art" documents the creation of a realist painting from the first brush stroke to the last through the use of stop-motion photograph.

Shark Beat: An animated story of a shark who tries to make fish friends at school, but every time he takes a step, a JAWS- like theme song plays and scares all the fish away.

1-2-3 The Len Barry Story: Recording star, vocalist and songwriter, Len Barry, takes us through his musical journey as the lead singer of The Dovells and as a solo artist in the 1960s.

The Battle Against Poaching: In the early 2000's, there was a dramatic escalation in elephant poaching across Africa. Big Life was created to fight back, spreading a protective network across the Amboseli ecosystem.

Death in a Box: An otherworldly box threatens more than just the friendship of two girls.

House of the Unholy: A blood thirsty Princess hunts down the last of the Indigo Elders for the immortal elixir inside his heart that will grant her the power to reign over the Kingdom for an Eternity!

Storage: Things spin out of control very quickly after a doctor awakens in a storage room with no idea how she got there or who she even is.

Confession Day: Outsiders in a tight community, ten-year-old Aled must bury his father and help his mother find peace.

Beats: As series of attacks terrorizes Munich, Max finds himself in the electro club Beats with his new friend Sefi and other party attendees.

Brent Ziff is an internet shock-jock at the top of his game. Fans & followers tune in from coast to coast to be insulted and dismissed by their favorite on-air provocateur. But on one very unusual night, Brent's world is rocked by a long-time listener who calls in with a grave message. Based on Gideon Media's acclaimed podcast, FIRST TIME CALLER is a darkly hilarious look at success, power, loneliness and the apocalypse.

A Slice So Nice: A man recites a poem about his flaky fascination.

Devil’s in the Details: A witch gets less than she bargains for when she tries to summon Satan on her ex-boyfriend. An animated occult comedy.

Push: A story of self-discovery, found in the simple joys of skateboarding.

Welcome: This is an animated story about a lonely, poor little girl who is invited by mannequins into a luxury clothing store at midnight and is offered free accessories.

Guest Appearances: Lydia, a love addict, proudly recounts in her diary how she successfully quit dating cold turkey, but quickly falls right back into her old ways.

Matrescence: A woman grappling with deep ambivalence toward an unplanned pregnancy struggles to make it through a baby shower straight from Pinterest hell.

Salty: A young woman's solo camping trip derails when she is abducted by a mysterious entity that forces her to face the truth about herself. 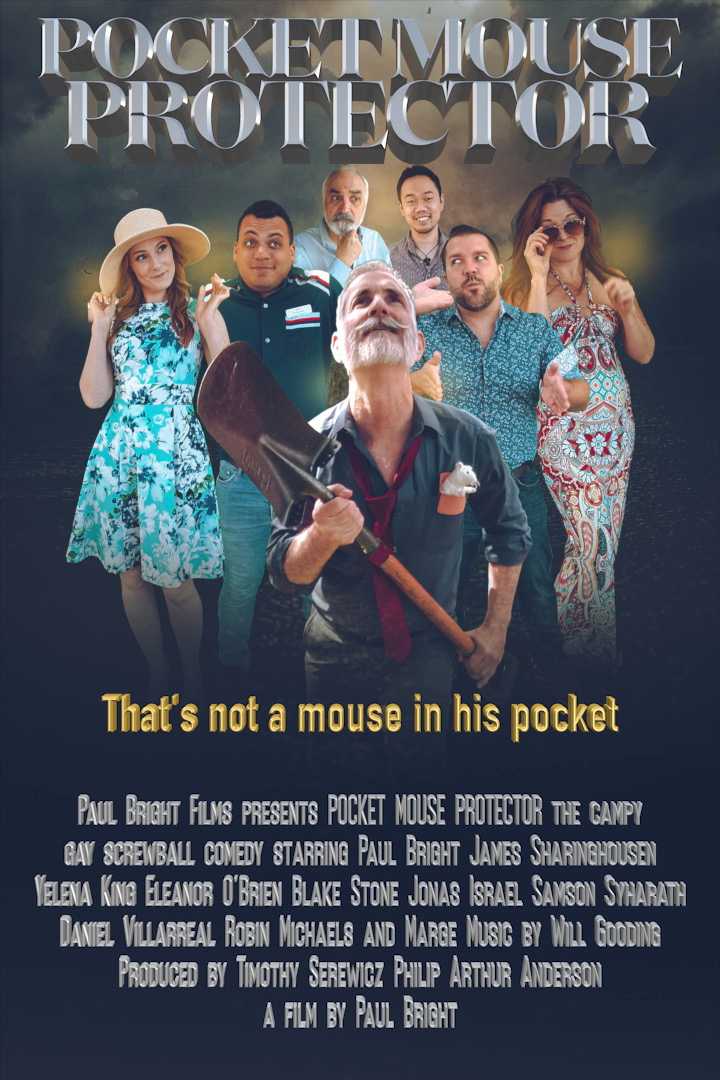 In this campy screwball comedy, environmentalist Larry takes an experimental virility drug to woo back his wife Mary who's having an affair with Barry who works for Thierry who plans to destroy the remaining habitat of the endangered pocket mouse. Larry and Barry both take a double dose of the virility drug and when it makes them gay their entire world view changes. Barry resists and attempts ridiculous 'conversion' treatments; Larry discovers the joys of being a gay man. They both get what they want in the end. A film by Paul Bright. 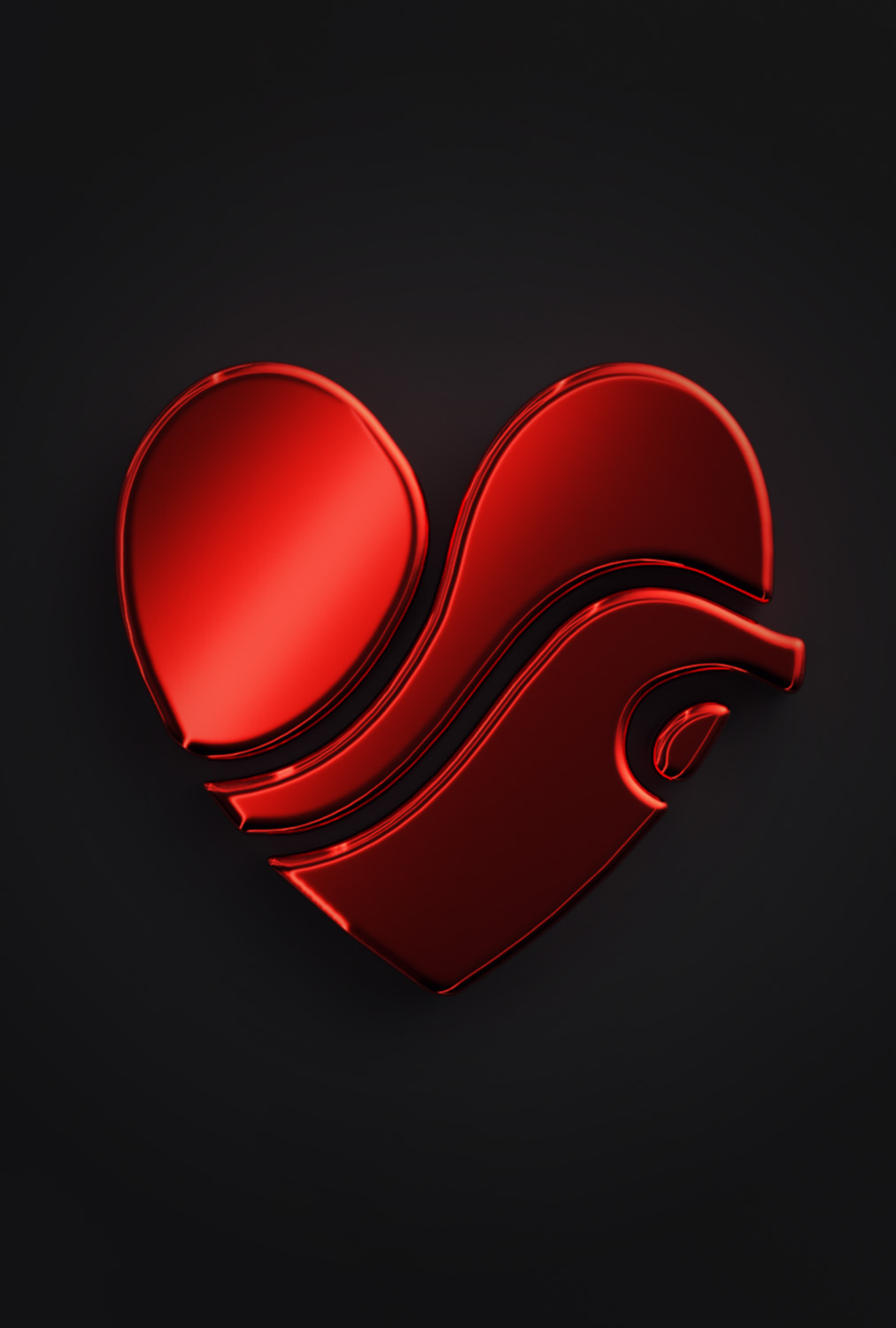 Indie Auteur, Mark Polish's, latest directorial offering: a cautionary tale that bleeds beyond technophobic horrors. »Murmur« is a groundbreaking new app being beta tested by a small group of tech-savvy teens and aspiring social media stars, fronted by Tiger: part goth, part gamer, all badass. On her 18th birthday, Tiger’s vision is challenged by her peer, Buster, whose blind ambition unwittingly raises the stakes of the game to that of life and death. They hit the road to test the game in the wild. However, the seductive black box that captures, stores and even sells our most sacred memories can be truly terrifying. And deadly.

Thoughts and Prayers: A gentle, satiric look at the ubiquitous nature of gun violence.

Joyful: what is the speed of happiness?

The Depths of Ningaloo: In March 2020, a team of ocean scientists set out to observe, document, and characterize the deep-sea biodiversity in the Cape Range and Ningaloo Canyons—a region off of Western Australia, where almost no exploration had taken place.

There’s No End: In the wake of personal tragedy, a legendary indie-rock musician moves to the remote San Juan Islands to raise is only daughter.

Mak Fai Insider: Highlighting members of Mak Fai, we learn the importance of martial arts and lion dancing, as well as the culture and community behind it.

Sibs Film: Yulia and her brother open up a coffee shop in Ukraine as war begins. Knowing Yulia's experience is also about knowing peace.

In the Event of My Death: Jeremy. Just. DIED. So, in the event of his death, he leaves behind a series of clever clues and witty video messages for his best friend Sam, and his brash sister Mandy.

Camera Catch: When Cole decides to take a casual photography hike, he soon realizes maybe he's the subject of his own photos.

Gary: The brave crew of the Equinox have just landed on Mars. Now inhabitants of Station Orion, they will look to each other for inspiration and survival. And then there's Gary...

Inconvenience Store: A man decides to rob a store and gets a little more than he bargained for...

Stay: When life forces Caroline and Anthony apart, will their love last?

The Company We Keep: Two women go on a first date with the ghosts of their exes in tow.

American Dream: A recovering addict suffers the dangers and indignities of gig work in the wealthy homes of the privileged few. 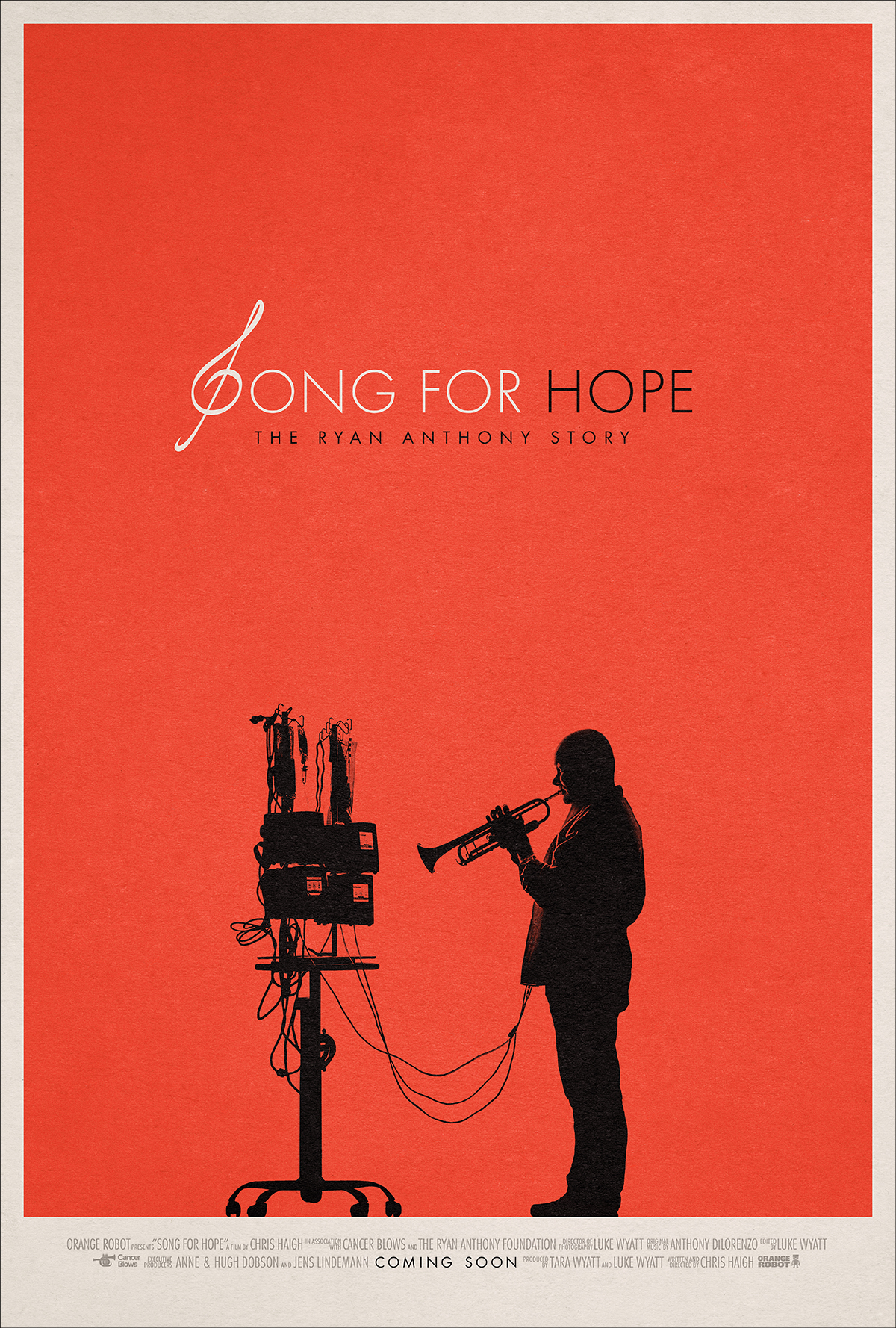 "Song For Hope" is a story about living life to the fullest, about the unwavering strength and support of family and friends and about one man’s refusal to allow his affliction to affect his love of his art. The film, directed by Chris Haigh, portrays the incredible story of trumpet virtuoso, Ryan Anthony, after being diagnosed with Multiple Myeloma at the age of 42 and given just months to live. For many, this would be a crushing blow, but for Ryan, it motivated him to start a charity called CancerBlows and show the world that music can save lives.