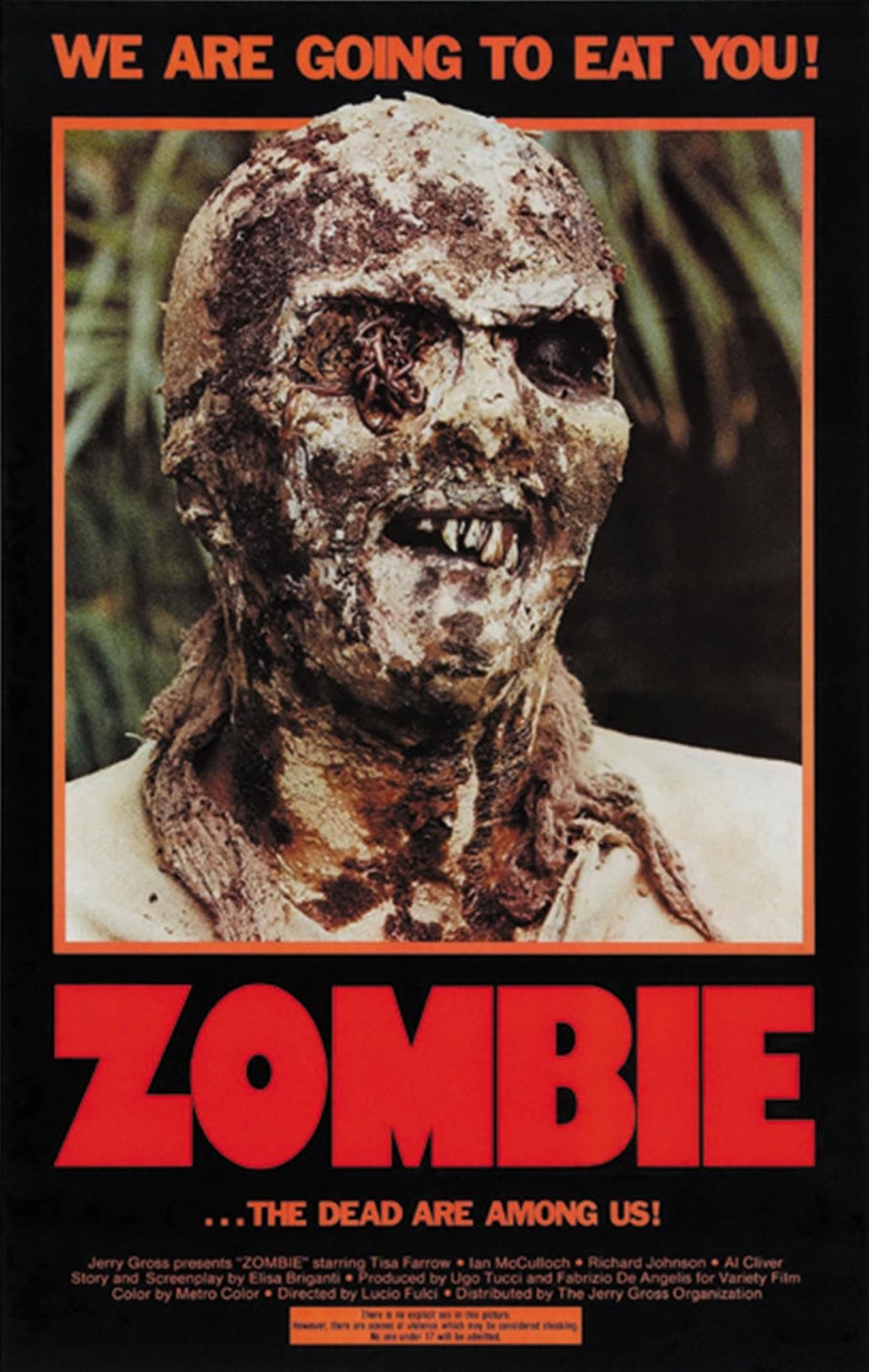 4K Restoration with a 5.1 audio mix! In Italy, it was considered the 'unofficial sequel' to DAWN OF THE DEAD. In England, it was known as ZOMBIE FLESH EATERS and banned as obscene. In America, it was called ZOMBIE and advertised with the depraved tag line "WE ARE GOING TO EAT YOU!" Tisa Farrow (THE GRIM REAPER), Ian McCulloch (CONTAMINATION), Al Cliver (CANNIBALS), and Richard Johnson (THE HAUNTING) star in this worldwide splatter sensation directed by 'Maestro Of Gore' Lucio Fulci (THE HOUSE BY THE CEMETERY, THE NEW YORK RIPPER) that remains one of the most eye-skewering, skin-ripping, gore-gushingly graphic horror hits of all time!

“Beneath the video nasty hysteria lies a horror of substantial craft and skill. Its iconic synth theme is on a par with the work of Goblin, whilst its rich cinematography makes the very most of the film’s luscious locales.” Daniel Green, Cinevue