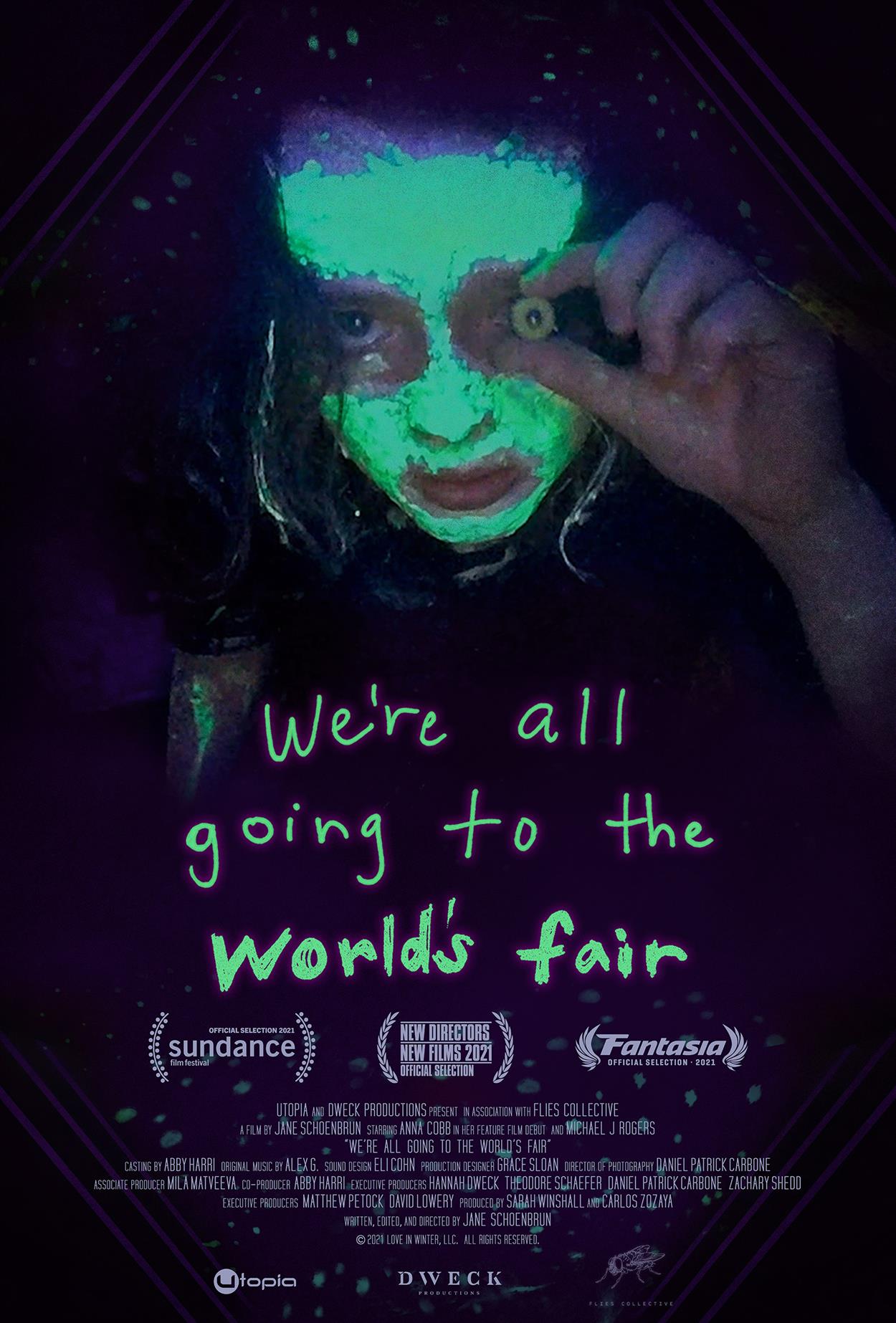 We’re All Going to the World’s Fair

Late on a cold night somewhere in the U.S., teenage Casey (Anna Cobb in her feature debut) sits alone in her attic bedroom, scrolling the internet under the glow-in-the-dark stars and black-light posters that blanket the ceiling. She has finally decided to take the World's Fair Challenge, an online role-playing horror game, and embrace the uncertainty it promises. After the initiation, she documents the changes that may or may not be happening to her, adding her experiences to the shuffle of online clips available for the world to see. As she begins to lose herself between dream and reality, a mysterious figure reaches out, claiming to see something special in her uploads.

“…takes the viewer deeper and deeper down into web mythos of fabricated worlds, viral games, memes, CreepyPastas and ASMR from hell – all of which blur the line between the real, the symbolic, the supernatural and the fictitious.” Ariel Esteban Cayer, Fantasia Int’l Film Fest

“The less you know about this one the better, but it’s sure to leave you reeling.” Danielle Ryan, Bust

“…plays like a collection of ransom notes—or eulogies, or old-school malware death screens—from a long-forgotten corner of the internet.” Sam Bodrojan, Filmmaker Magazine