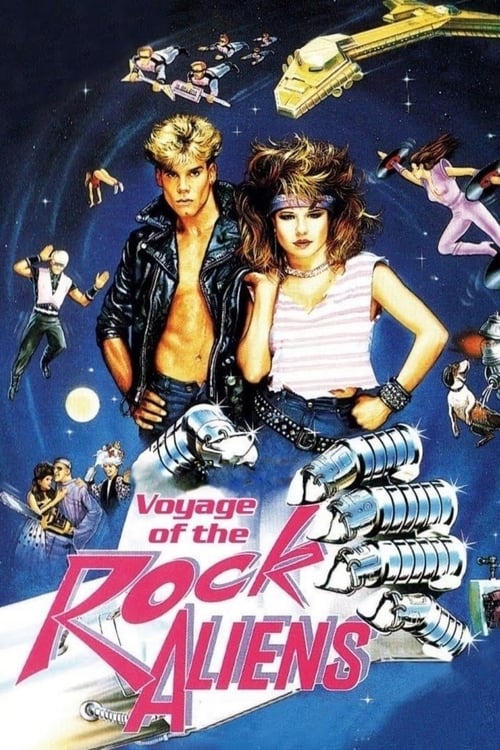 Voyage of the Rock Aliens

It's Devo meets GREASE in VOYAGE OF THE ROCK ALIENS, a genre-bending musical mutation from the outer limits of the cosmos (aka 1984). A group of new wave extraterrestrials blast through the galaxy in a guitar-shaped spaceship, searching for the truest form of rock 'n' roll. After witnessing Dee Dee (Pia Zidora, HAIRSPRAY) competing to become the top rocker in the small town of "Speelburgh," the UFO lands on Earth and sets off total mayhem—including Michael Berryman (THE HILLS HAVE EYES) as a chainsaw-wielding psychopath. Combining the electric experimentation of early MTV with the spirits of ROCKY HORROR PICTURE SHOW and STAR WARS, VOYAGE OF THE ROCK ALIENS is a glorious, coked-out spectacle that's guaranteed to make you happy. Newly restored from the original camera negative!

This film was recently featured on the How Did This Get Made podcast with Paul Scheer, June Diane Raphael and Jason Mantzoukas.