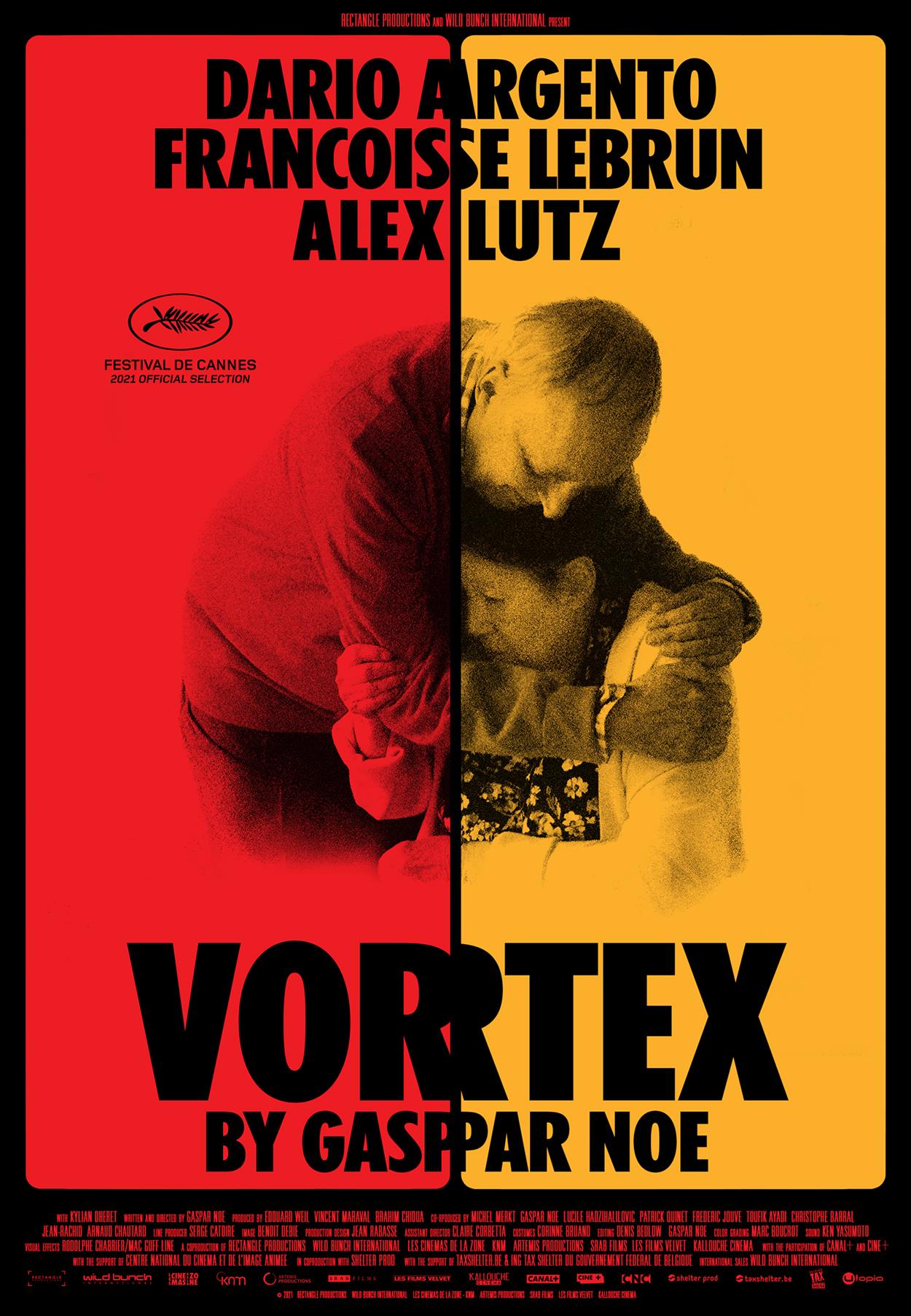 Presented in split screen, VORTEX tells the story of an aging couple in a Paris apartment. As the mother (Françoise Lebrun) faces advancing dementia, the father (legendary horror director Dario Argento) tries to care for her while dealing with his own declining health, and their son (Alex Lutz) does his best in spite of his own significant personal problems. With this film, Director Gaspar Noé (Enter the Void, Climax, Irreversible) delivers a career best, finding a level of compassion and tenderness that sacrifices none of the visual excitement that has marked his best work.

“A relentlessly realistic horror story, and its primary horrors are the infirmities and indignities of old age.” Richard Brody, New Yorker

“CRITIC’S PICK! It’s a blunt reckoning with the inevitability of loss, including the loss of memory. We dream for a while, and then we sleep.” A.O. Scott, New York Times

“In terms of scope, ambition and execution, it’s one of the finest pictures [Noé’s] made.” Xan Brooks, Guardian