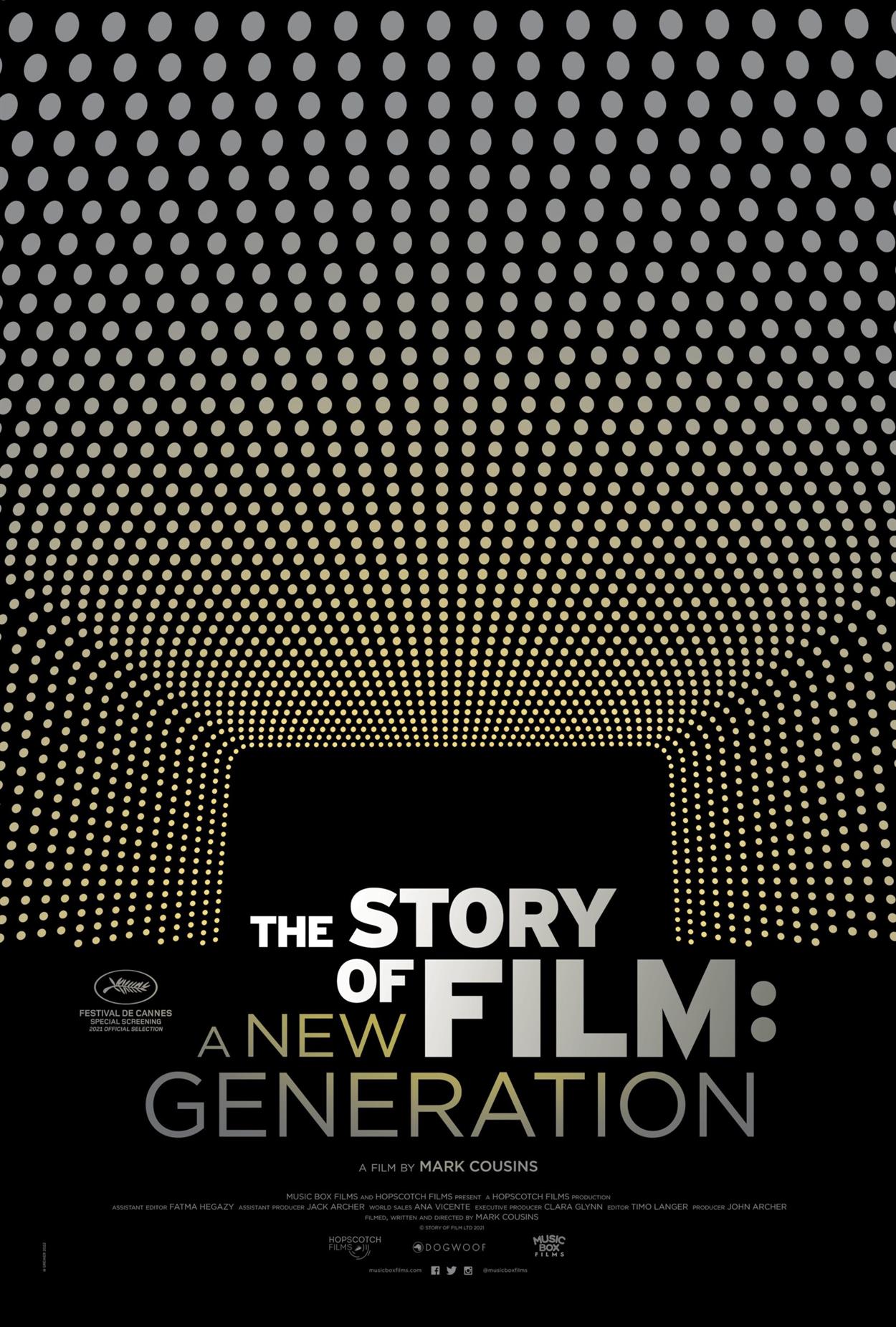 The Story of Film: A New Generation

A decade after The Story of Film: An Odyssey, an expansive inquiry into the state of moviemaking in the 20th century, filmmaker Mark Cousins returns with an epic, hopeful tale of cinematic innovation from around the globe. The Story of Film: A New Generation, turns its meticulously gaze on world cinema from 2010-2021, using a surprising range of works—including JOKER, FROZEN and CEMETERY OF SPLENDOUR—as launchpads to explore recurring themes and emerging motifs. Touching on everything from PARASITE and THE FAREWELL to BLACK PANTHER, Cousins seeks out films, filmmakers & communities under-represented in traditional film histories, with an emphasis on Asian & Middle Eastern works, boundary-pushing documentaries, and films that see gender in new ways. And as the recent pandemic recedes, Cousins ponders what comes next in the streaming age: how have we changed as cinephiles, and how moviegoing will continue to transform in the digital century, to our collective joy and wonder.

“This is an unashamed celebration of cinema as an art-form: Cousins is an aesthete.” Peter Bradshaw, The Guardian

“And for those who appreciate the director’s wide-eyed and open-hearted way of looking at cinema, the documentary is brimming with clips sure to expand their horizons.” Peter Debuge, Variety

“What sets it soaring is the discerning guide at its helm, one whose curatorial exultation and rigor are also calming, reassuring—a welcome voice in cacophonous times.” Sheri Linden, The Hollywood Reporter