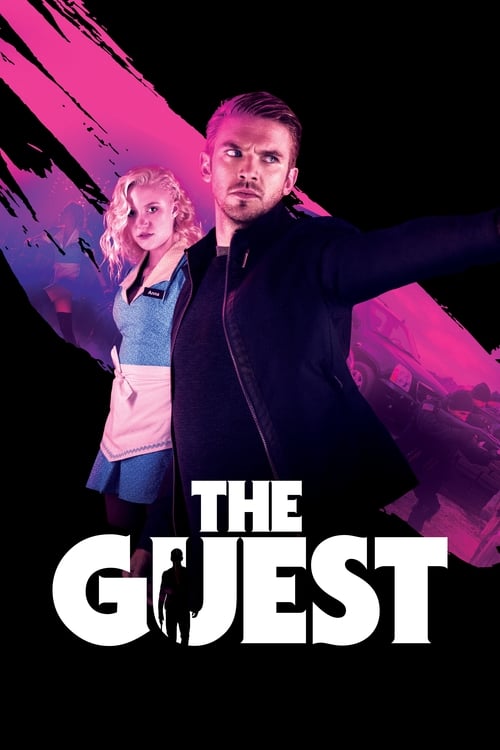 From director Adam Wingard and writer Simon Barrett, the masterminds behind the award-winning modern horror tale YOU’RE NEXT, comes THE GUEST. A young soldier (Dan Stevens) arrives on the doorstep of the Peterson family, claiming to be a good friend of their beloved son who died in action. The Peterson’s welcome David into their home and into their lives, but when people start mysteriously dying in town, mayhem ensues as their teenage daughter starts wondering if David is responsible. In addition to Stevens, the film features a talented cast, including Maika Monroe (LABOR DAY, THE BLING RING, IT FOLLOWS), Sheila Kelley (“Lost,” “Gossip Girl”), Leland Orser (TAKEN, “24”) and Lance Reddick (JOHN WICK, “Fringe”). Filled with dark humor and explosive violence that critics are calling “all kinds of awesome” (Sara Michelle Fetters, MovieFreak) and “impossibly cool” (Samuel Zimmerman, Fangoria).

“CRITIC’S PICK! Together with the writer Simon Barrett, whose canny scripts flip and swerve at unexpected moments, Mr. Wingard is building a résumé that pays at least as much attention to character and story as it does to scares and body count.” Jeannette Catsoulis, New York Times