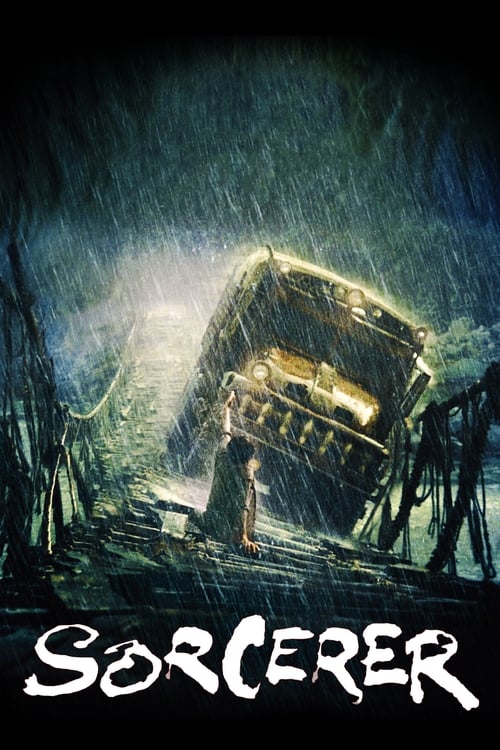 This Academy Award-nominated cult-favorite film from William Friedkin (EXORCIST, THE FRENCH CONNECTION) tells the story of four men who, for various reasons, cannot return to their own countries and end up in a dismal South American town where an American oil company is seeking courageous drivers willing to haul nitroglycerin through 200 miles of treacherous terrain. Roy Scheider, Bruno Cremer, Francisco Rabal, and Amidou star in and Walon Green (THE WILD BUNCH) wrote the screenplay (adapted from the French novel Le Salaire de la peur). The haunting music was the first credit for Tangerine Dream, the German electronic experimental band provided many successful scores for films such as THIEF and LEGEND. Friedkin said this about SORCERER, “I have a great fondness for SORCERER, more than any other film I’ve made. Sorcerer is the one I hope to be remembered for and the one film that came closest to my vision.”

“A defiant, mad gesture of a film that features some of the most exhilarating sequences in movie history.” Sam Adams, The Dissolve

“Perhaps the elusive, uncanny soundtrack of Tangerine Dream brings this about, or maybe it’s Friedkin’s juxtapositions of close-ups and stark long shots of the tiny trucks lost in jungle or desert landscapes, but Sorcerer eventually seems to be happening someplace not of this world. Not hell, exactly; maybe Limbo.” Peter Keough, Boston Globe