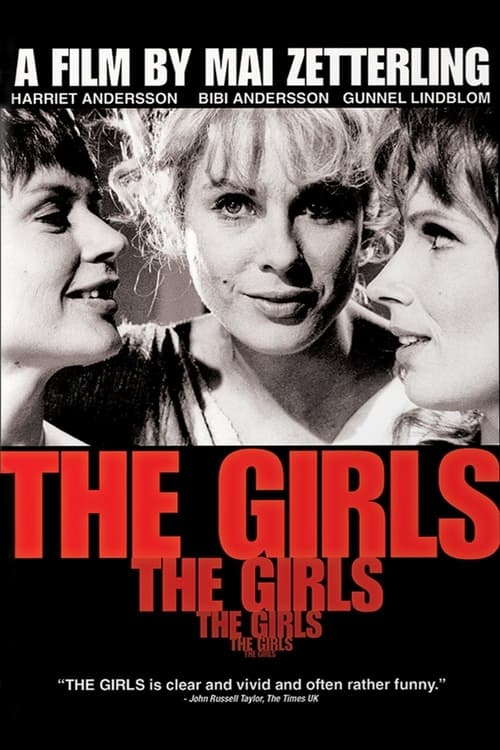 Arguably Mai Zetterling’s most autobiographical film, THE GIRLS depicts a trio of female artists attempting to balance their professional careers, domestic lives, and political convictions in pursuit of creative and personal integrity. Harriet Andersson, Bibi Andersson, and Gunnel Lindblom play actors who struggle to satisfy the demands of both the stage and their families while starring in a production of Lysistrata. When a hostile audience rejects their interpretation of Aristophanes’s radical portrayal of female solidarity, the women dissolve the boundaries between art and life in an act of defiance that raises profound questions about the relationship between representational performance and social responsibility.

“Zetterling’s militantly sardonic humor, simultaneously leery of women’s acceptance of their oppression and hopeful of their potential for change, provides an awareness of the film’s frequent ludicrousness that both lightens and sharpens her critique.” Slant

“Through a moment in the lives of three women, we sense what it means to be a woman. What a verbal account can only poorly show is the art with which Mai Zetterling tells her story. All the images have multiple dimensions, the theatrical scenes reflect real life, and this touches on the dreams which brings us back to reality. Ironic and comic, this film moves us by the beauty of its landscapes, its poetry and above all the subtle tenderness with which we are shown the feminine faces. It is a great success and I hope that many will see it – men and women – to discover its seductions.” Simone de Beauvoir, Le Monde