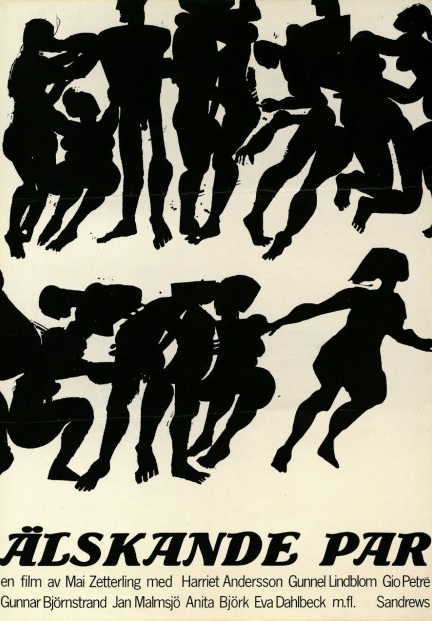 “One of the most ambitious debuts since Citizen Kane” Kenneth Tynan

“Loving Couples has several startlingly explicit scenes—a panorama of aberrations; an on-screen birth; and, for those bored with sex by human beings, sex by a pair of terriers. Miss Zetterling feels she has limited the sex to what supports the story.” Joanne Stang

“In Loving Couples, World War I looms beyond the horizon (Sweden did not participate in either of the world wars), and in the dialogue, marriage is explicitly connected to warfare. War and marriage teach people to hate each other, says Isa Landborg (Eva Dahlbeck) at one point in the film and when Dora Macson’s husband (Toivo Pawlo) talks about the sound of machine-gun fire, she reflects that it sounds just like home.” Mariah Larsson, A Cinema of Obsession: The Life and Work of Mai Zetterling