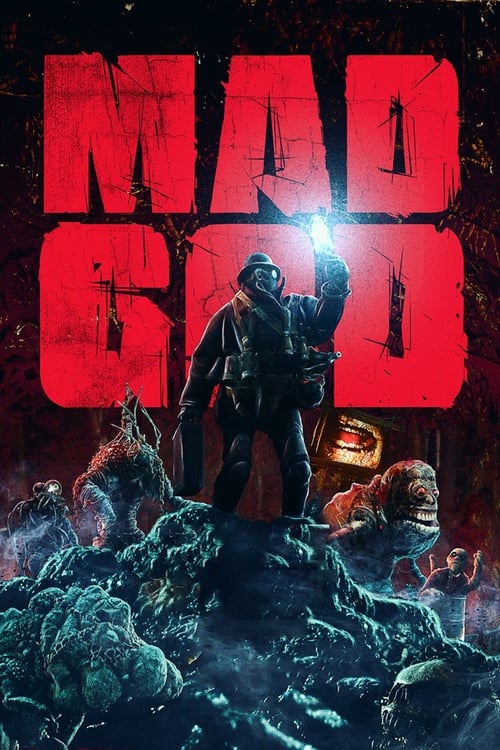 Follow The Assassin through a forbidding world of tortured souls, decrepit bunkers, and wretched monstrosities forged from the most primordial horrors of the subconscious mind. Directed by Phil Tippett (Star Wars, Jurassic Park), the world's pre-eminent stop motion animator, every set, creature, and effigy in this macabre masterpiece is hand-crafted and painstakingly animated using traditional stop-motion techniques.

In 1987, Tippett embarked upon an ambitious personal project, fabricating and animating a darkly surreal world in which the creatures and nightmares of his imagination could roam free. Phil produced dozens of environments and hundreds of puppets for the project, filling notebook after notebook with thousands of detailed sketches and storyboards. Decades after the success of Tippett Studio forced production into stasis, a group of animators at Tippett Studio came upon boxes of shelved props and puppets and convinced Phil to resurrect the project. MAD GOD is finally here!

“A mad opus from one of American cinema’s liveliest minds.” The Film Stage

“This is a work of a genuine visionary, and has all the makings of an instant cult classic.” Sight & Sound

“A hypnotic cinematic experience and a filmmaking marvel.” Dread Central