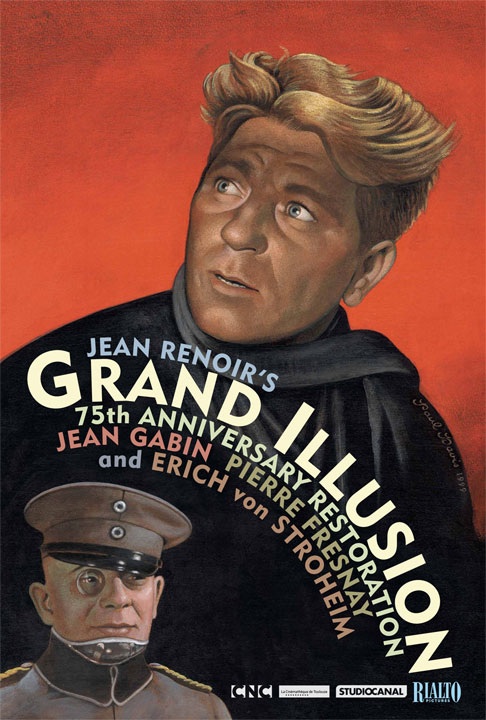 See La Grande Illusion at the Grand Illusion for the film's 85th anniversary!

“One of the true masterpieces of the screen!" Pauline Kael

"If I had only one film in the world to save, it would be Grand Illusion." Orson Welles

A group of French soldiers, including the patrician Captain de Boeldieu and the working-class Lieutenant Maréchal (Jean Gabin), grapple with their own class differences after being captured and held in a World War I German prison camp. When the men are transferred to a high-security fortress, they must concoct a plan to escape beneath the watchful eye of aristocratic German officer von Rauffenstein (Erich von Stroheim), who has formed an unexpected bond with de Boeldieu. In French, German, Russian with English subtitles.