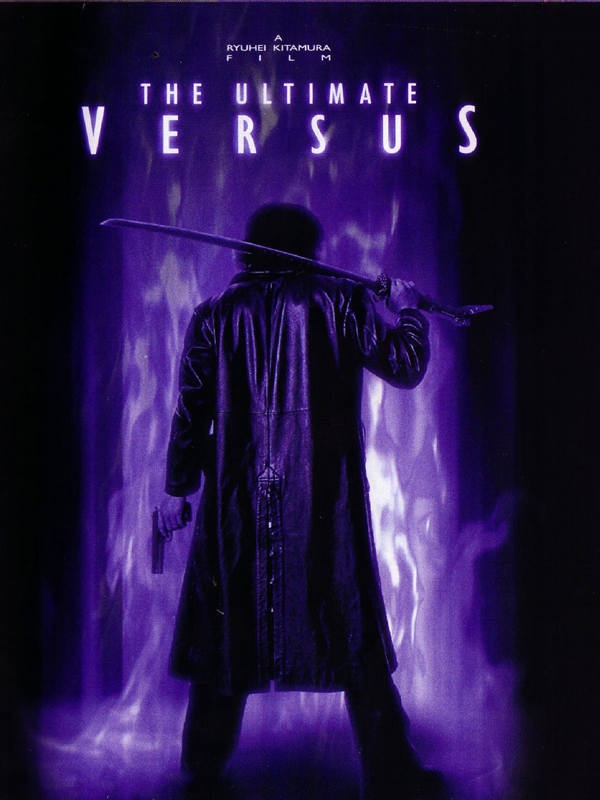 A dizzying horror-action hybrid from director Ryûhei Kitamura (Midnight Meat Train, Godzilla: Final Wars) that served as one of the landmark entries in the extreme Asian cinema boom of the early 2000’s, Versus tells the story of a bloody, centuries-long conflict between the forces of good and evil, as an escaped convict (Tak Sakaguchi) stranded in the aptly named “Forest of Resurrection” finds himself having to protect a mysterious young woman (Chieko Misaka) from not only the Yakuza, a pair of unhinged cops, and a mysterious, powerful figure known only as “The Man” (Hideo Sakaki)… but the living dead as well! Screening in its definitive “Ultimate” version, featuring technical and narrative improvements overseen by Kitamura himself, as well as nearly 10 extra minutes of action, Versus is a tightly-choreographed, gore-soaked spectacle!

“The fight choreography and editing are outstanding, and propel the action scenes into a kinetic frenzy of blood and guts.” Michelle Kisner, The Movie Sleuth

“Take Yuen Woo-Ping, John Woo, and Takashi Miike and put them in a blender and you’ll get something akin to Versus… Mind-melting to the extreme.” Kaijuman, Letterboxd