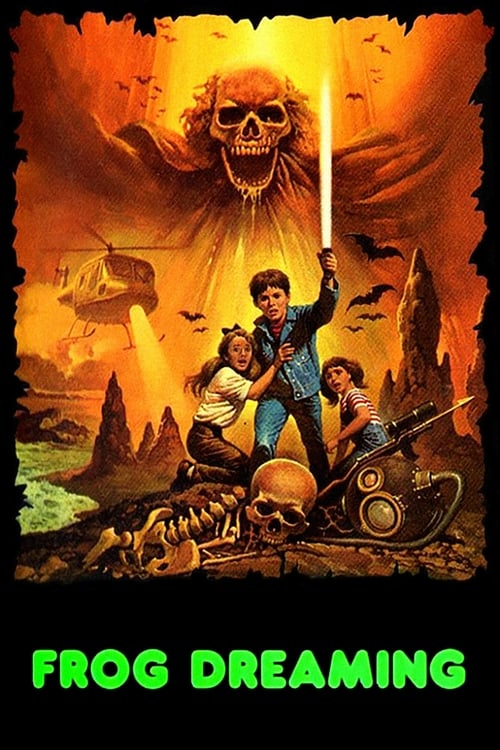 Frog Dreaming (aka The Quest)

A one-kid GOONIES -- or, Amblin Down Under! FROG DREAMING (known as THE QUEST in the U.S.) is possibly the coolest film by Ozploitation auteur Brian Trenchard-Smith (BMX BANDITS, STUNT ROCK), and centers on the charismatic final boyhood performance of Henry Thomas (E.T., CLOAK AND DAGGER, THE HAUNTING OF HILL HOUSE) before he hit adulthood. Orphaned 14-year-old Cody has a MacGyver-ish spirit with fearlessness to match. Living with his guardian in an outback Australian township, Cody hears of an Aboriginal creature myth known as the “Donkegin”, sparking a burning interest that won't rest. Convinced an underwater monster prowls a nearby dam, Cody journeys into the very shadow-land of mystery and intrigue. This film is thoroughly charming, perfectly capturing the infectious spirit of determination and discovery within teen outcast dreamers everywhere. 4k restoration courtesy of Umbrella Entertainment and the American Genre Film Archive.

Ozploitation auteur Brian Trenchard-Smith will be in attendance at this screening! Co-presented with The Beacon, who are showing his films STUNT ROCK and TURKEY SHOOT on 5/13.