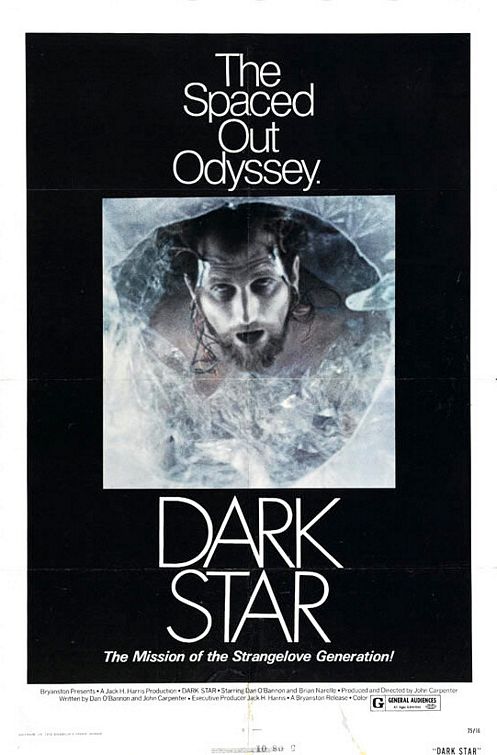 "DARK STAR is one of the damnedest science fiction movies I've ever seen, a berserk combination of space opera, intelligent bombs, and beach balls from other worlds." Roger Ebert

John Carpenter's first feature was this outrageously unique sci-fi semi-spoof of 2001: A SPACE ODYSSEY. Originally a 45-minute student film project by Carpenter and collaborator Dan O'Bannon (ALIEN; RETURN OF THE LIVING DEAD) it was expanded into a feature film. On the deep-space cruiser Dark Star, a crew of laid-back astronauts (including O’Bannon himself) are assigned the task of blowing up planets with unsuitable life forms in order to make the universe safe for the human race. The leader is Commander Powell (Joe Sanders), who’s cryogenically frozen after being killed in a freak accident. Next in line is Doolittle (Brian Narelle) who tries to keep the rest of the crew in check, which — due to the onset of alien creatures and intergalactic existential hysteria — is a much tougher job than expected.