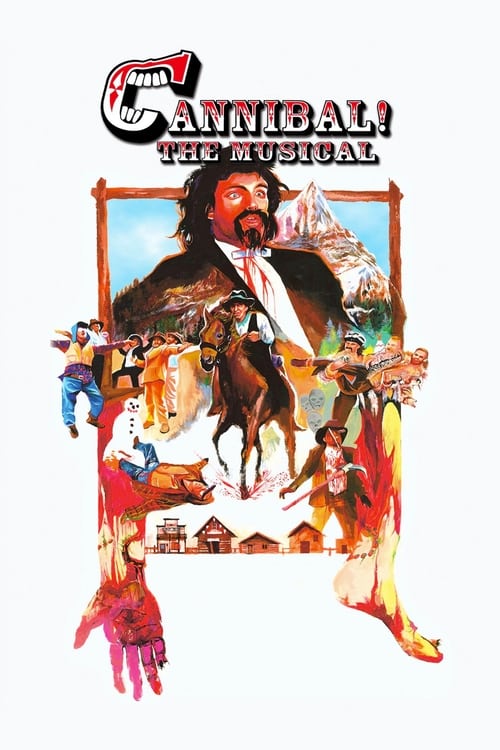 CANNIBAL! THE MUSICAL tells the true story of the only person convicted of cannibalism in America - Alfred Packer. The sole survivor of an ill-fated trip to the Colorado Territory, he recounts his side of the harrowing tale to news reporter Polly Prye as he awaits his execution. The story goes like this: While searching for gold and love in the Rocky Mountains, he and his companions lost their way and resorted to unspeakable horrors, including rousing musical numbers! Packer and his five wacky buddies sing and dance their way into your heart… and then take a bite out of it! CANNIBAL! THE MUSICAL is like OKLAHOMA meets BLOODSUCKING FREAKS. Largely absent from theaters for years, this infamous and hilarious musical from the creators of SOUTH PARK is back to gross you out and get your toes tapping! (Note: there are no high-def elements available for this film. The DCP being screened is an "up-res" from an SD scan.)

“What’s also undeniable about the film is its charm. Everyone involved is so game to try things and so earnest with their performances. There’s a sincerity to it. A warmness.” Germain Lussier, io9.com