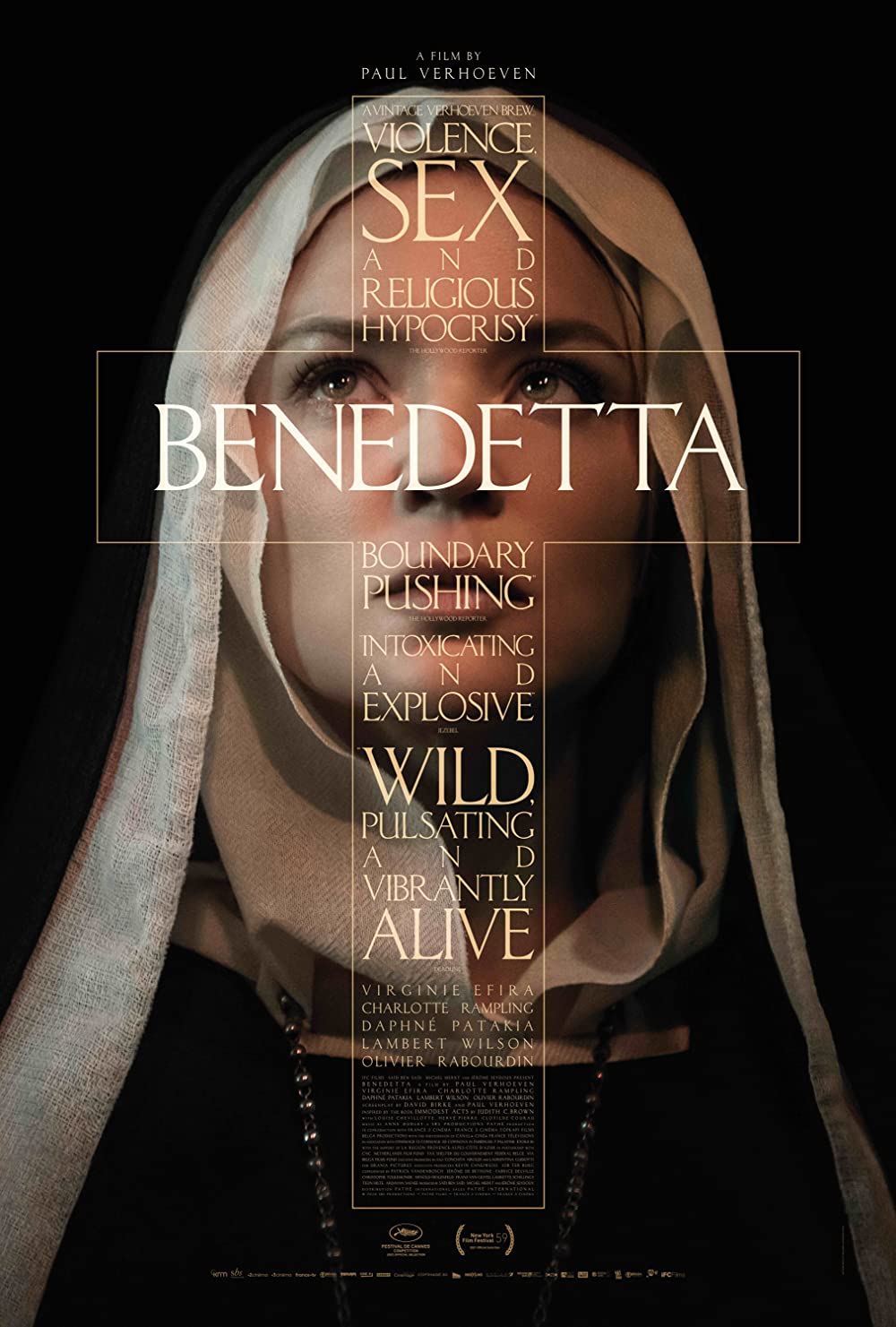 Sex, power, plague and the Church collide in Verhoeven’s barnburner of a historical drama, based on real events. In 17th-century Tuscany, a sheltered nobleman’s daughter who experiences overpowering visions takes vows to become a nun. Devout and obedient, Benedetta (Virginie Efira) only occasionally brushes up against her abbess’s (Charlotte Rampling) warning that “intelligence can be dangerous.” But when a coarse and carnal novice enters the convent, Benedetta finds herself obsessed, and their relationship quickly grows physical—threatening to destroy everything around them.

“The carnal Catholicism which permeates the film is…to be expected…but equally so is the film’s ability to utilize eroticism as a vehicle to examine pain, paranoia and power.” Natalia Keogan, Paste Magazine

“Verhoeven brings more vitality to his work than many filmmakers half his age, and his screenplay (with David Birke) is a tasteless hoot, gleefully cramming the frame with blood, fornication and flagellations galore.” Jeannette Catsoulis, New York Times