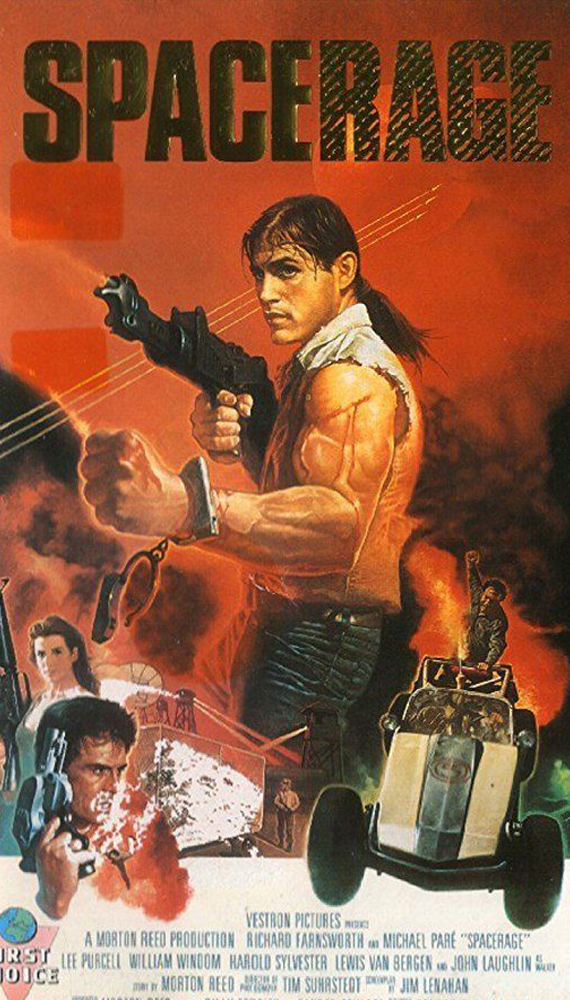 Grange is sentenced to life in prison after committing one hell of a brutal and bloody bank robbery (though his true crime was wearing a mesh shirt while he did it all!) He's shuttled off to planet Proxima Centauri, where the New Boundary Bay prison has no walls, for there is no escape! However, he's the kind of outlaw who knows better and quickly organizes an armed BREAKOUT ON PRISON PLANET. After wasting the town's best bounty hunter, it's up to the sheriff and his trusty shotgun to capture Grange and stop the SPACE RAGE. You'll ask, "In the future, will law and order survive?"