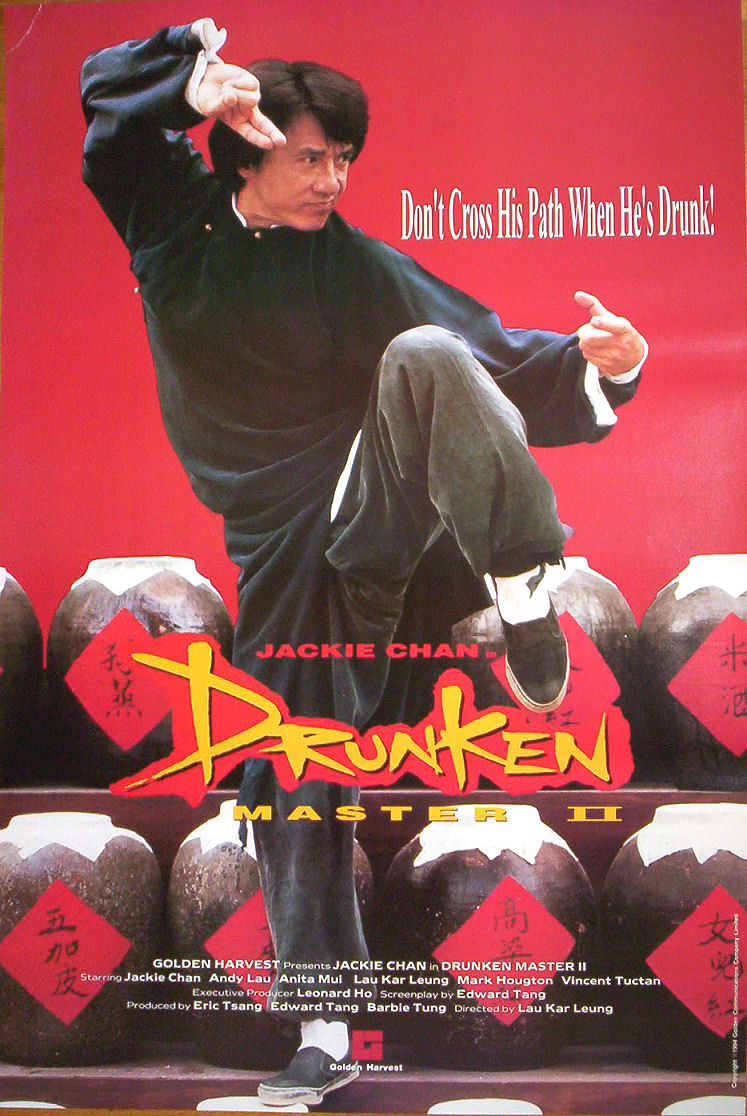 Wong Fei-Hung returns some years after his training with Beggar So. Traveling back home from a shopping expedition for his father’s business as local physician, precious cargo on board their train is stolen from visiting members of the British consulate. Wong Fei-Hung juggles the British empire’s disruptive investigations into his hometown in search of a stolen Chinese artifact between his complicated relationship with his pacifist father. Drunken Master II seamlessly weaves personal family drama, fiery fight choreography, and late stage colonialism around Wong Fei-Hung’s declining physical & mental health. Featuring one of the greatest ending fights in martial arts film history, this is an all-time masterpiece. In Cantonese with English subtitles.

“Every scene is either an incredible fight, a great comedic set-piece, or some beautiful overwrought melodrama.” -Justin Decloux, FilmTrap

“I think you could reasonably say that the Golden Age of the kung fu film began in 1967 with The One-Armed Swordsman, reached its classical perfection with 1978’s The 36th Chamber of Shaolin and saw its last gasp with 1994’s Drunken Master II.” Sean Gilman, The Chinese Cinema