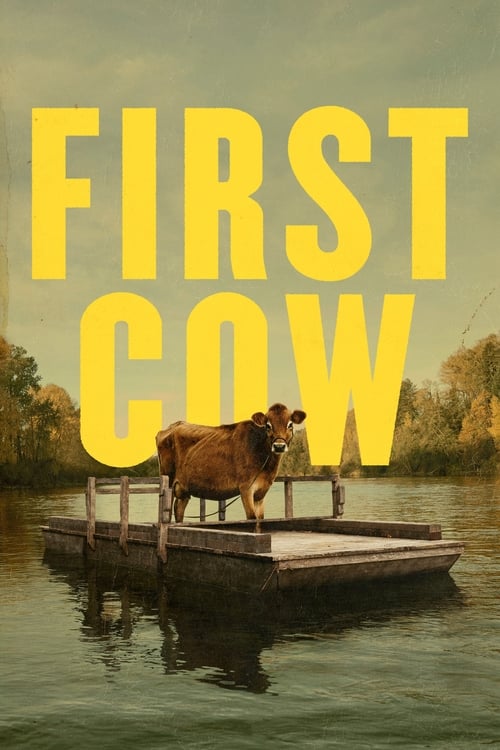 A taciturn loner and skilled cook (John Magaro) has traveled west and joined a group of fur trappers in Oregon Territory, though he only finds true connection with a Chinese immigrant (Orion Lee) also seeking his fortune; soon the two collaborate on a successful business, although its longevity is reliant upon the clandestine participation of a nearby wealthy landowner’s prized milking cow. From this simple premise Kelly Reichardt constructs an interrogation of foundational Americana that recalls her earlier triumph Old Joy in its sensitive depiction of male friendship, yet is driven by a mounting suspense all its own. Reichardt again shows her distinct talent for depicting the peculiar rhythms of daily living and ability to capture the immense, unsettling quietude of rural America.

“Kelly Reichardt gives us a terrifically tough and sinewy tale of the old west, shaped by the brutally implacable market forces of capitalism.” Peter Bradshaw, Guardian

“CRITIC’S PICK! …deceptively simple and wondrously subtle… like many great westerns it critiques some of the genre’s foundational myths with bracing, beautiful rigor, including the myth of heroic individualism.” A.O. Scott, New York Times

“A picture that’s both tranquil and dazzling, two qualities that should be at odds with one another yet somehow bloom in tandem under Reichardt’s gentle touch.” Stephanie Zacharek, TIME Magazine