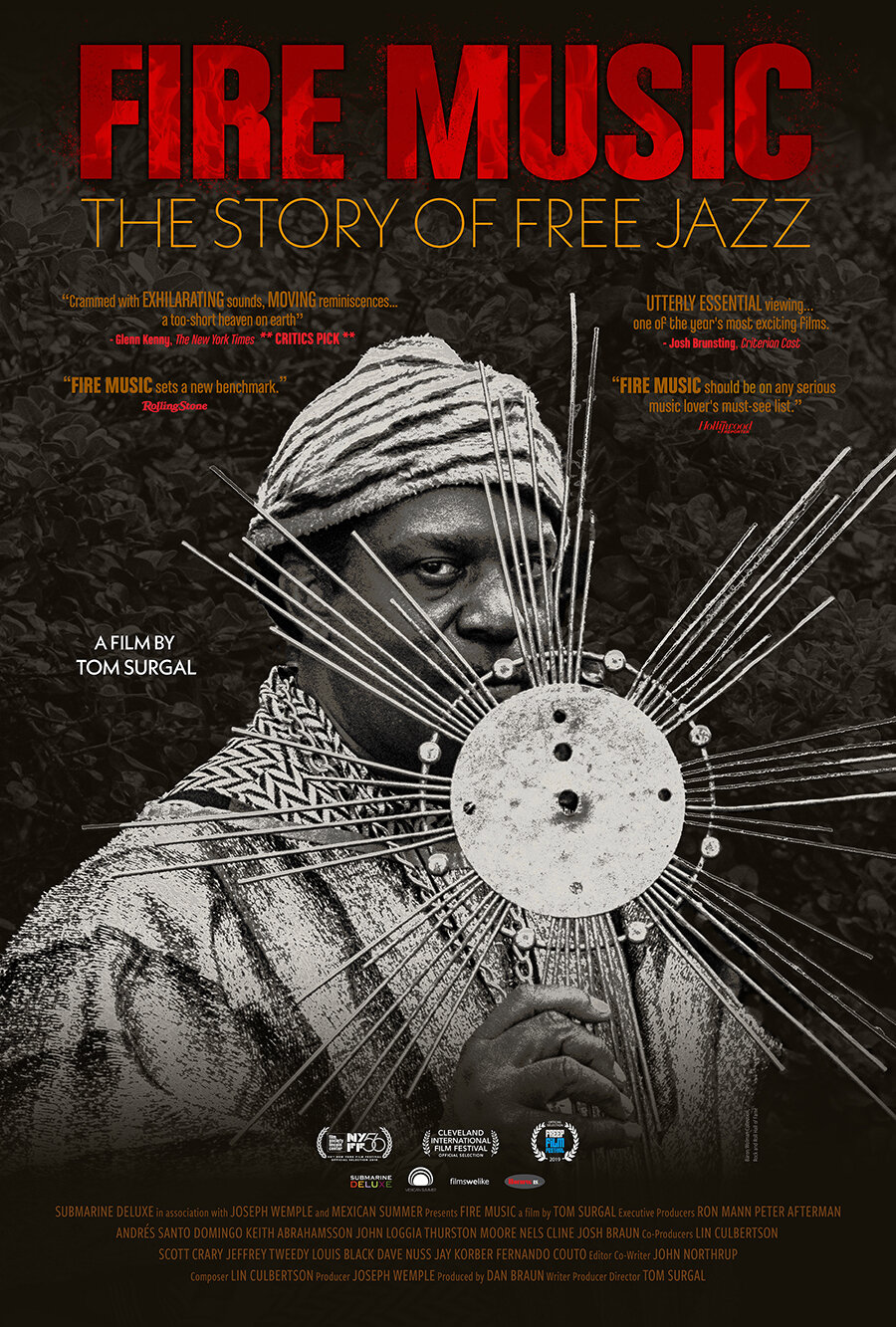 Although the free jazz movement of the 1960s and ‘70s was much maligned in some jazz circles, its pioneers – brilliant talents like Ornette Coleman, Cecil Taylor, Sun Ra, Albert Ayler, and John Coltrane – are today acknowledged as central to the evolution of jazz as America’s most innovative art form. FIRE MUSIC showcases the architects of a movement whose radical brand of improvisation pushed harmonic and rhythmic boundaries, and produced landmark albums like Coleman’s Free Jazz: A Collective Inspiration and Coltrane’s Ascension. A rich trove of archival footage conjures the 1960s jazz scene along with incisive reflections by critic Gary Giddins and a number of the movement’s key players. From producers Ron Mann, Thurson Moore, and Nels Cline. Directed by Tom Surgal.

“CRITIC’S PICK! Crammed with exhilarating sounds, moving reminiscences and stimulating arguments that [free jazz] is not just music, but vital music… [It] highlights are incredibly well-curated archival footage and contemporary interviews that allow the viewer to briefly commune with some beautiful souls… This movie constituted a too-short heaven on earth. I’d binge on an expanded series, honestly.” Glenn Kenny, The New York Times

“Fire Music sets a new benchmark. The film clearly lays out how the original wave of free jazz evolved from what came before and how, for a brief yet indelible period, yielded a wealth of music that’s still unparalleled in its gritty intensity and deep spiritual resonance. Thanks to Tom Surgal, we have a record of what it felt like to be there.” Hank Shteamer, Rolling Stone